Wonderbound’s Teaser episodes are not only a great place to get a sneak peek into their newest project, but they also allow the company to showcase members the audience rarely gets to interact with. For example, costume designer Rachel Kras gets to show off her designs and chat a bit about all the thought and planning that goes into each piece. On this particular evening she showcased her stark but feminine 1920’s design for Tallman’s “Intimate Letters.”  Dancer Meredith Strathmeyer always gets the skirts with the most fabric and movement, the kind that make you want to spin around like you’re 5 years old, and her dress certainly had a life force and personality of its own.  I can’t wait to see what’s in the works for “Gone West!” 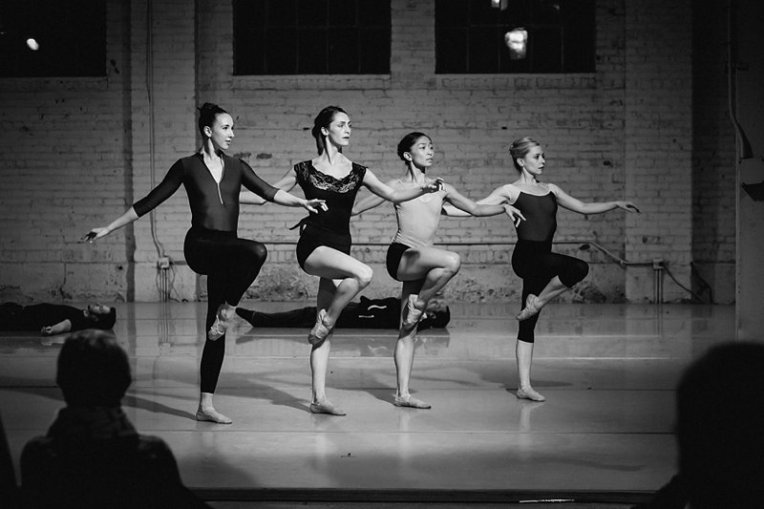 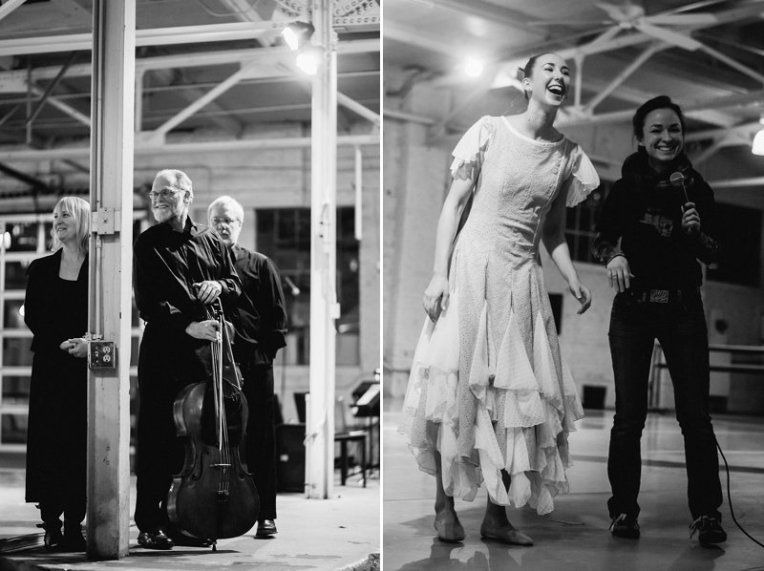 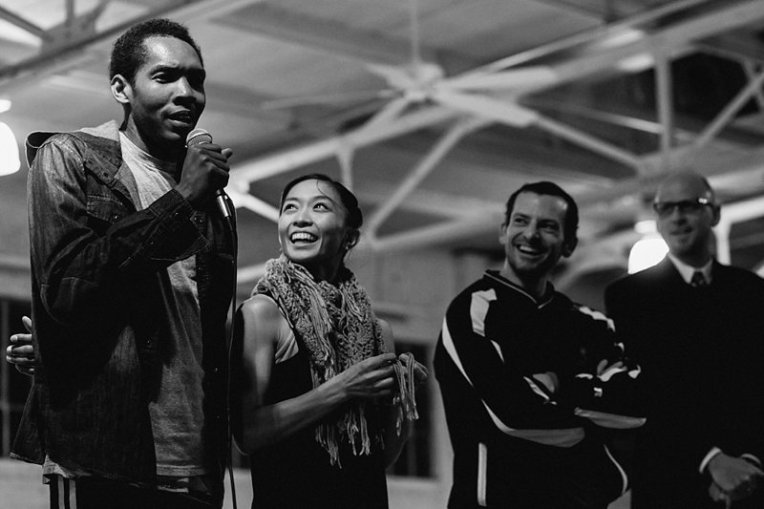 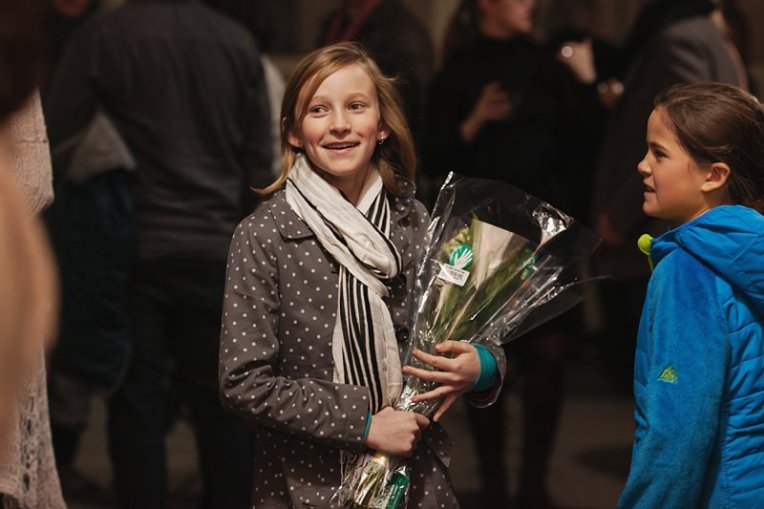 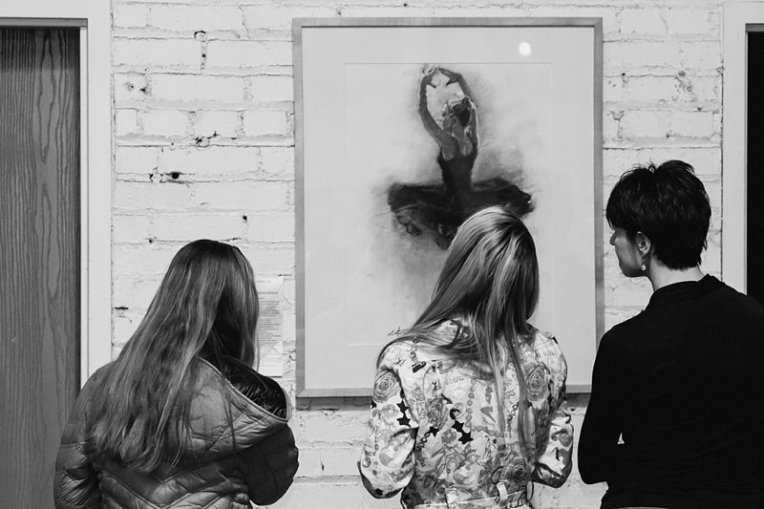 “Death Spin,” a charcoal drawing of Sarah Tallman in A Gothic Folktale by Mitch Caster 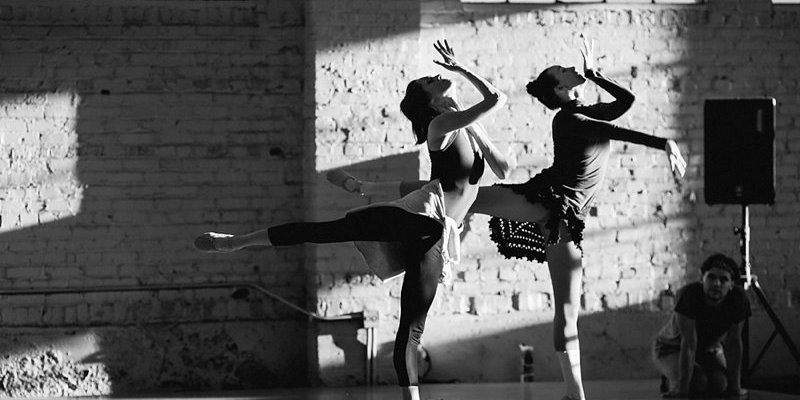 The Junction Box is almost like another member of Wonderbound. I love this space. I love how it changes colors and textures at different times of day and depending on what the dancers are wearing. I think that it knew that Sarah Tallman’s piece, “Intimate Letters” just wouldn’t work with soft light and pastel colors, so it gave us these beautiful hard edges and strong contrasts… 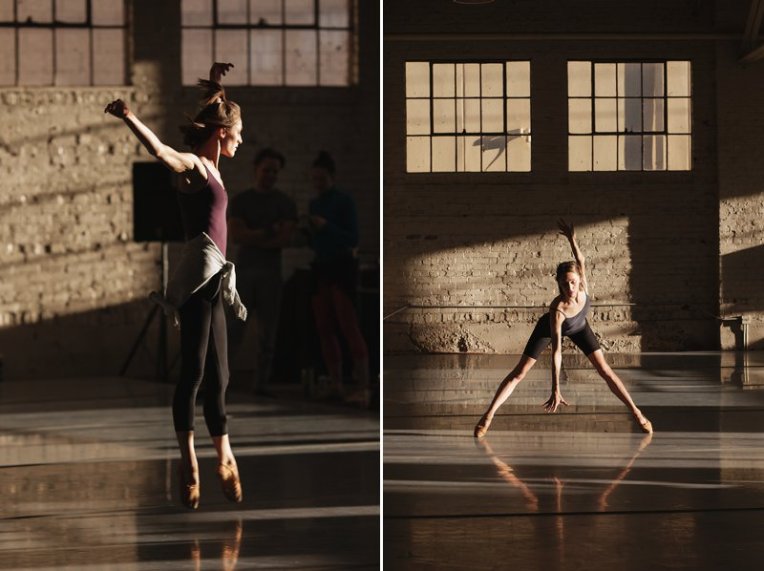 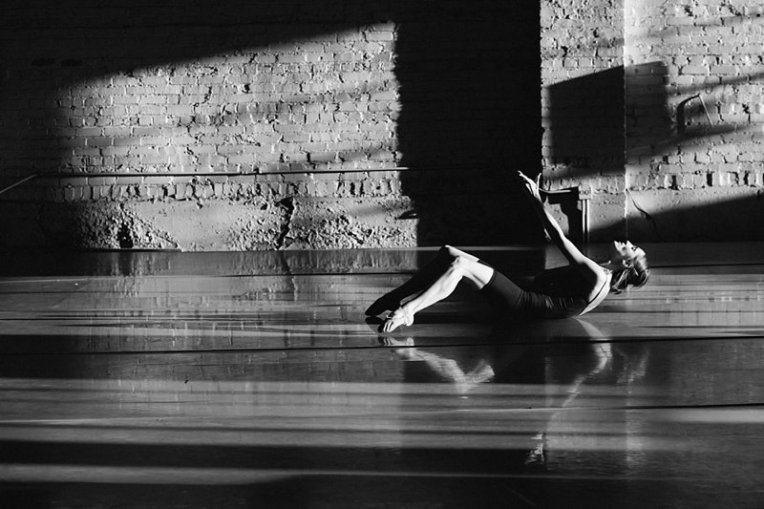 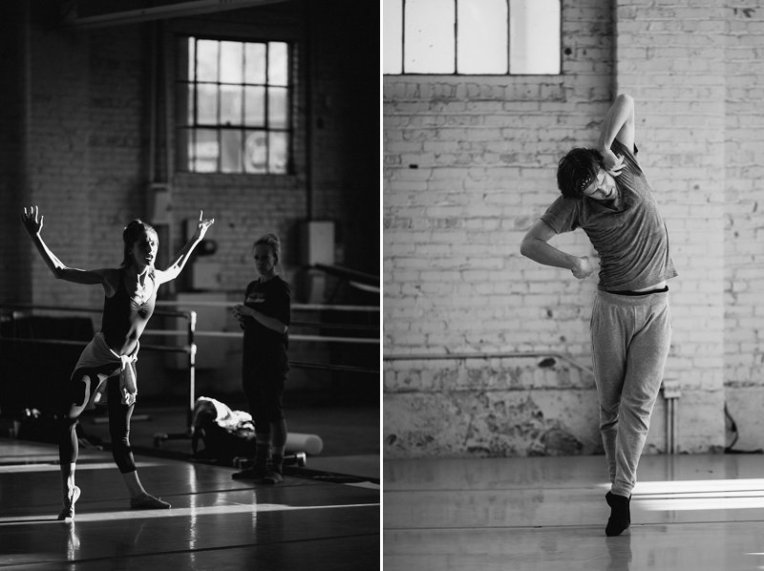 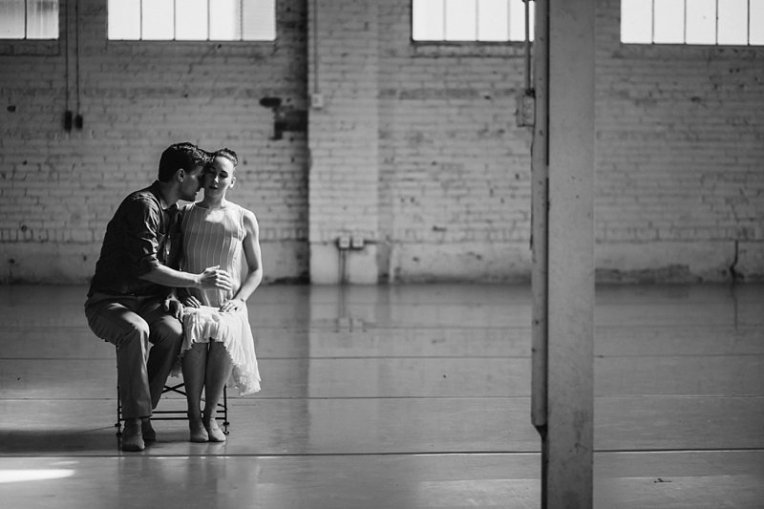 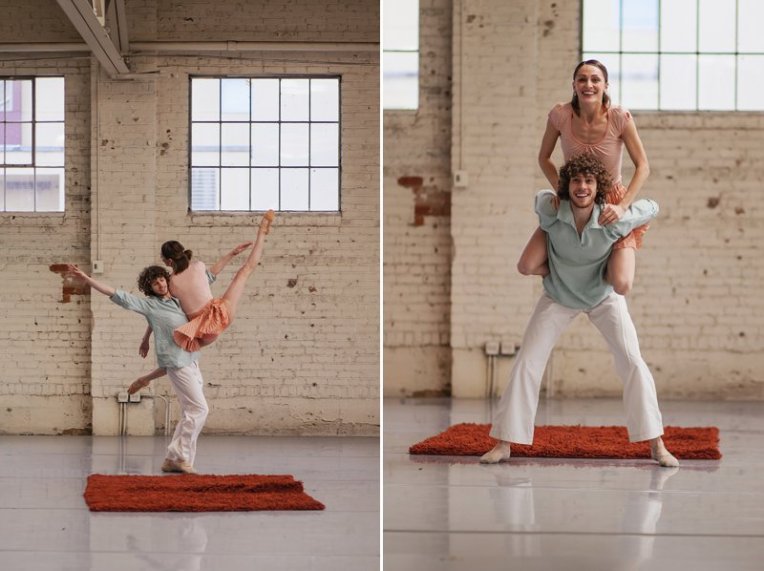 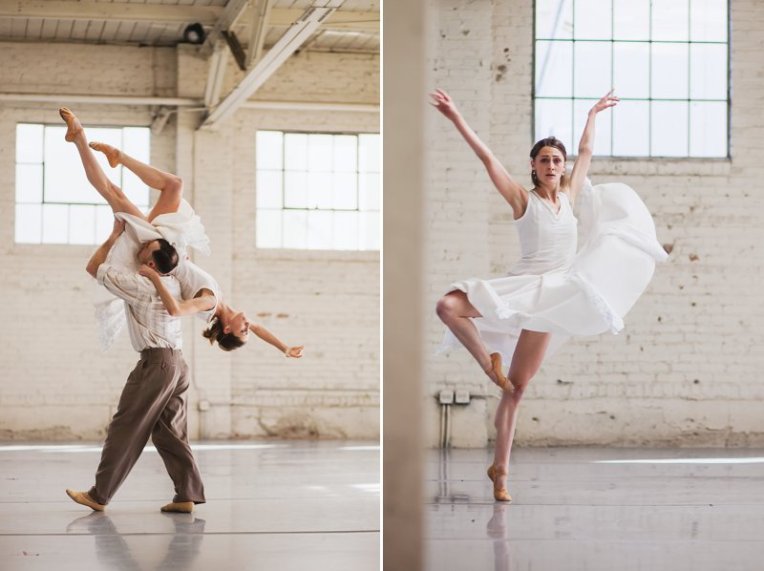 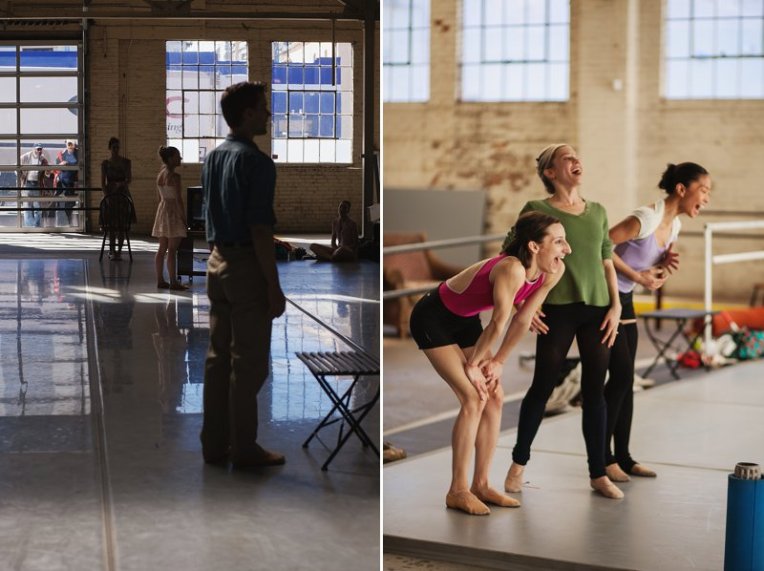 It was so great to finally get to hear Ark Life! Lindsay Giles is both a member of the band and part owner of Leon Gallery; I’ve heard all about them, met the members at various shows, but never actually been able to hear them live. They did not disappoint! They also had friends Josiah Johnson & Carleigh Aikins of The Head and The Heart at the gallery as well- each group did a set, and then played together. Although, unless you were there for soundcheck, you missed quite the rendition of Hanson’s “Mmmbop” to set mic levels- silly perfection. Josiah Johnson and Jesse Elliot, representing Seattle and Denver respectively, had also made a little Super Bowl wager… which Jesse clearly lost… 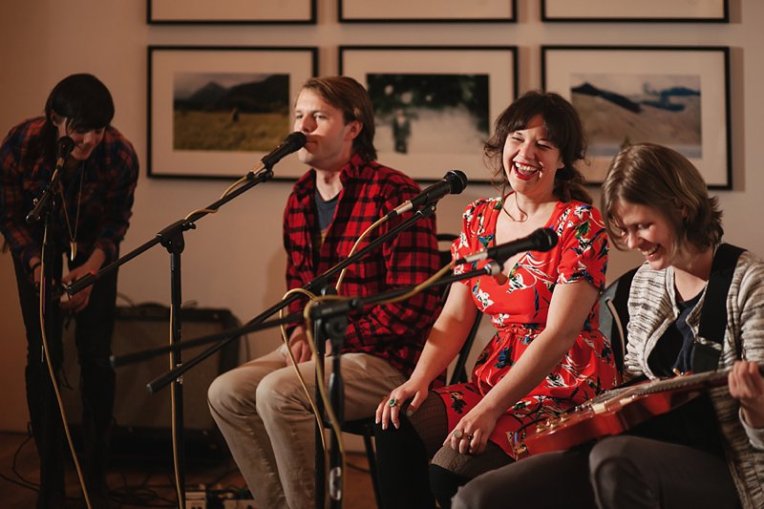 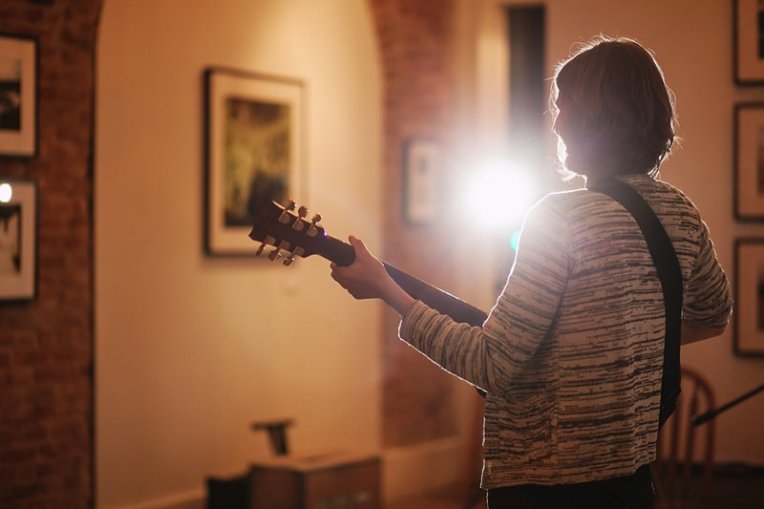 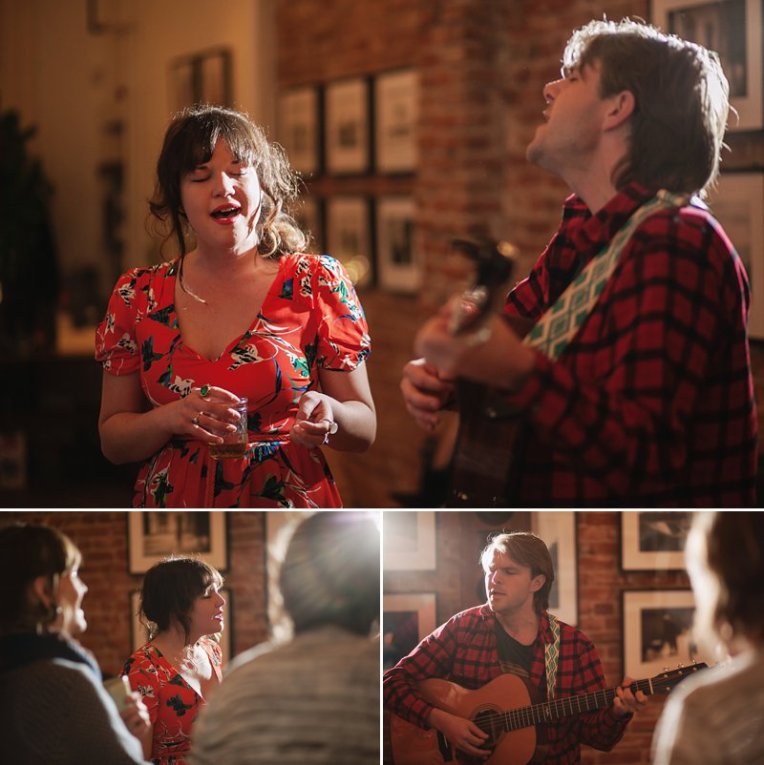 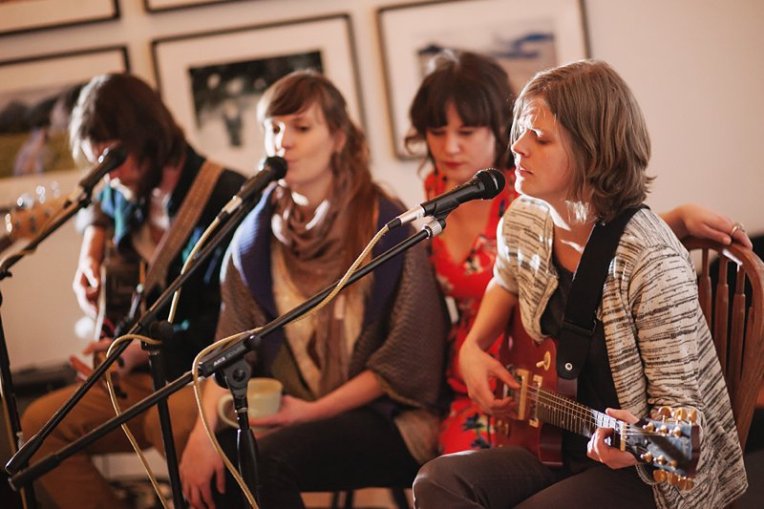 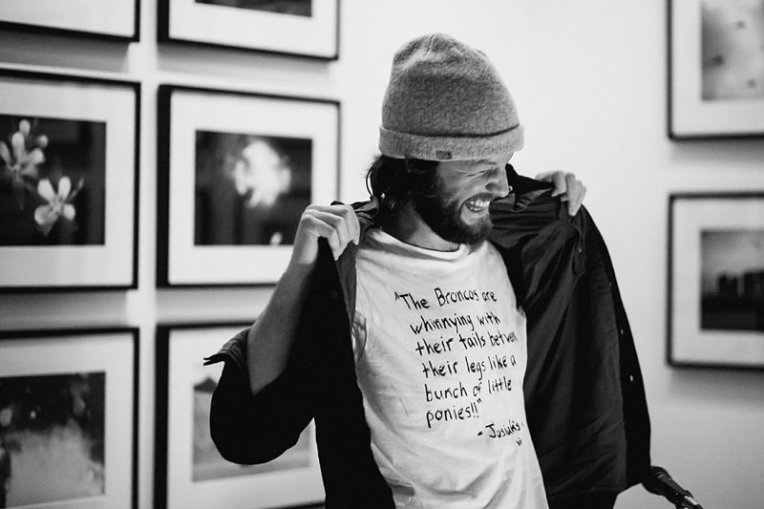 It was a lovely night with a wonderful sense of heritage- hard working, folk musicians singing their hearts out in front of the photography of John Denver…

Ark Life celebrates New Belgium’s new “Snapshot” brew (with our friends from Artifact Uprising!) this Saturday, March 1.
The Head and The Heart returns with special guest Iron and Wine this summer at Red Rocks! 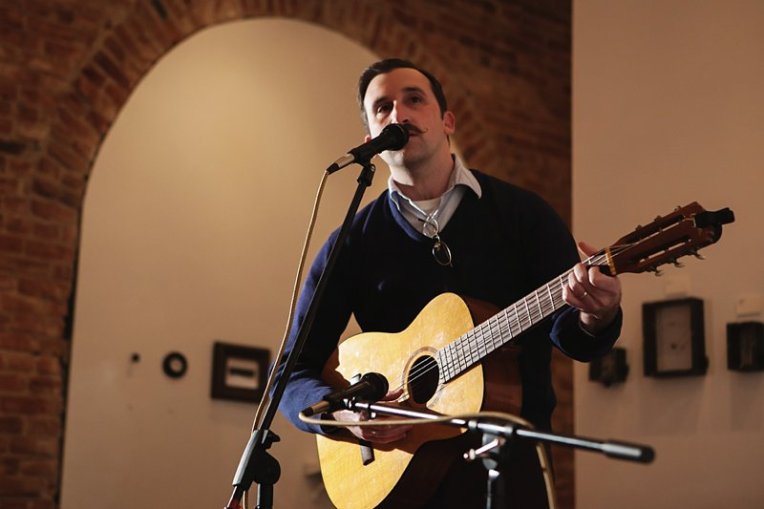 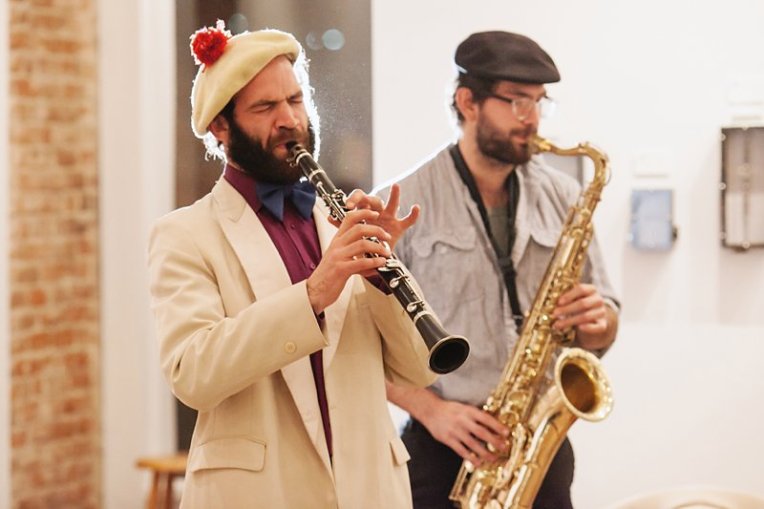 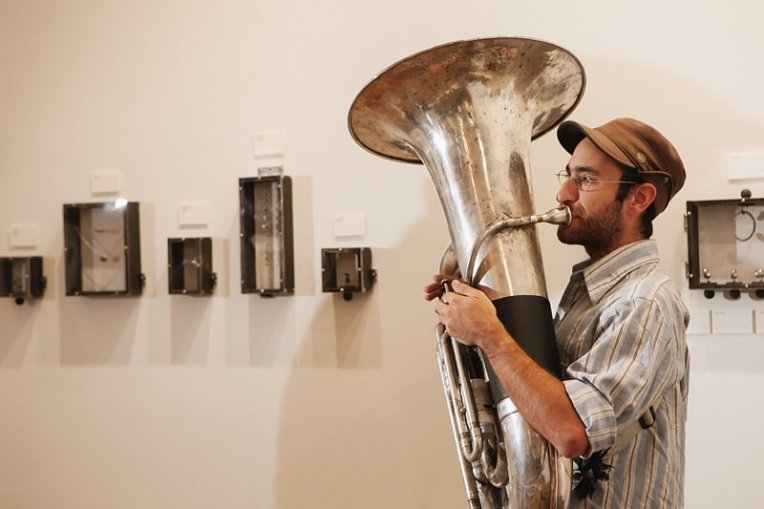 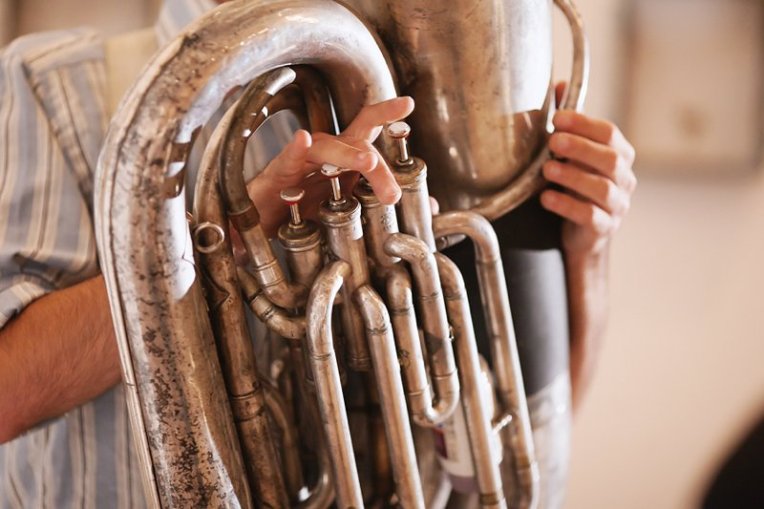 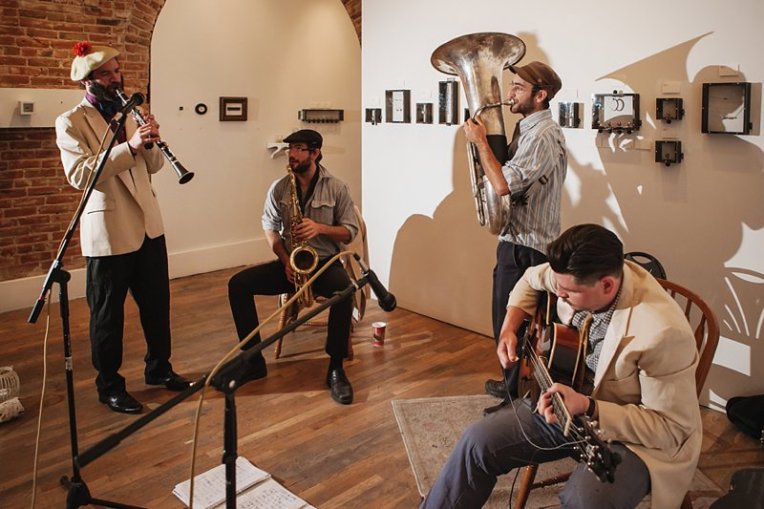